Hambach Forest is going to be killed

This pictures look quite similar, don't you think? 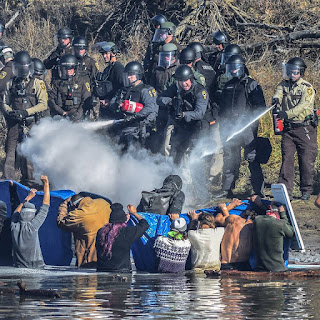 This happened in October 2016 at the Turtle Hill near Standing Rock/North Dakota.
This happened today, Nov 24th 2017 in Germany at the Hambacher Forest. 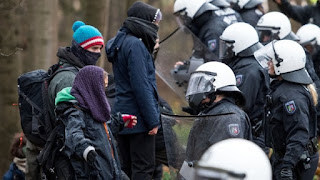 At Standing Rock there have been several hundred activists/water protectors, at the Hambacher Forest there are 40 (fourty).
Police acts as usual, pepper spray and rough tones.
No sign of deescalation.
We, the people who want to save the last remnants of a 12000year old forest ask all of you to pray for this wonderful habitat, and spread the word. 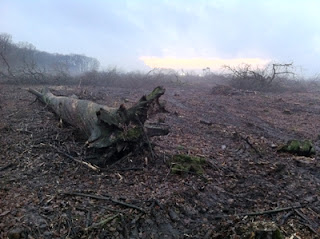 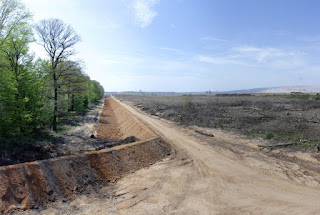 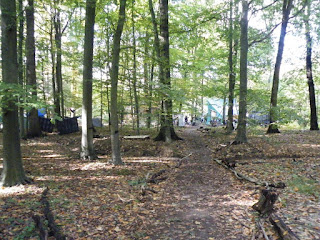 What was/is happening here?
This was a 5000ha (12.355 acres) forest, well about 12.000 years old. It has been cut down by Rheinisch Westfalische Enelktrizitätswerk AG (RWE) corporation for the sake of digging up lignite.
The lignite is instantly transferred to power plants to be burned and turned into electricity.
For years it is known that lignite is the ecological worst fuel ever.
Now there are merely 700ha (1729 acres) left of the forest.
This what it looks like now: 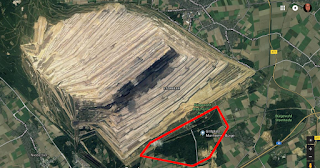 One of the largest environmental groups, the BUND sued the RWE to stop the logging. The judge tried to reach a settlement, which was turned down by RWE and the state of North Rhine Westfalia (NRW).
Again, as it was with Standing Rock, corporations and the state act together, for the sake of money and power.
Stupid, bribed polititians, reckless managers.


Tufawon, Nataanii Means, Rachel Heaton and Wasté Win Young have visited the "Hambi".
I had the honor to meet them in Cologne and in the Hambi.
Dallas Goldtooth  has been to COP23 in Bonn/Germany, just 50km away from this.
Also, during the COP23 was underways, ago a lady from new Mexiko delivered greetings from a chief of a band near the Grand Canyon, which is endangered by uranium mining. 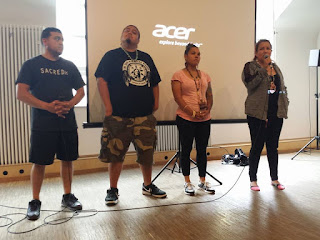 Blessings to you out there
Ydalir